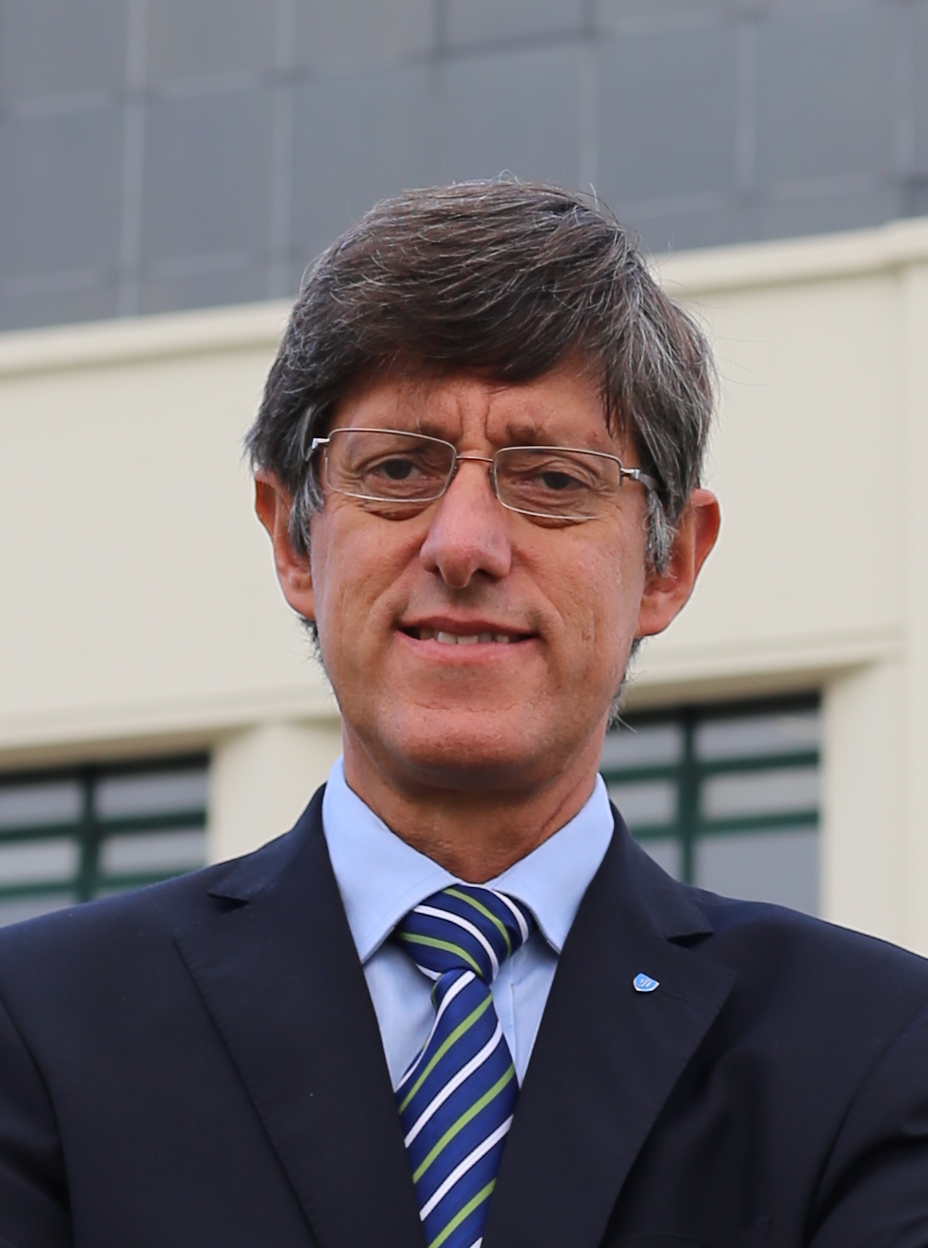 Arlindo Oliveira was born in Angola and has lived in Mozambique, Portugal, Switzerland and California. He obtained his BSc and MSc degrees in Electrical Engineering and Computer Science (EECS) from Instituto Superior Técnico (IST) and his PhD degree, also in EECS, from the University of California at Berkeley, where he was a Fulbright scholar. He was a researcher at CERN, the Electronics Research Laboratory of UC Berkeley and the Berkeley Cadence Laboratories. He is a professor at the computer science and engineering department of IST and a researcher at INESC-ID. He authored three books, translated in different languages, and more than 150 articles in international conferences and journals, in the areas of algorithms, machine learning, bioinformatics and computer architecture. He has been on the boards of a number of companies and institutions and is a past president of INESC-ID and of the Portuguese Association for Artificial Intelligence. He is a senior member of the IEEE and of the Portuguese Academy of Engineering. He became president of Instituto Superior Técnico in 2012. He received a number of prizes and distinctions, including the Technical University of Lisbon / Santander prize for excellence in research, in 2009. 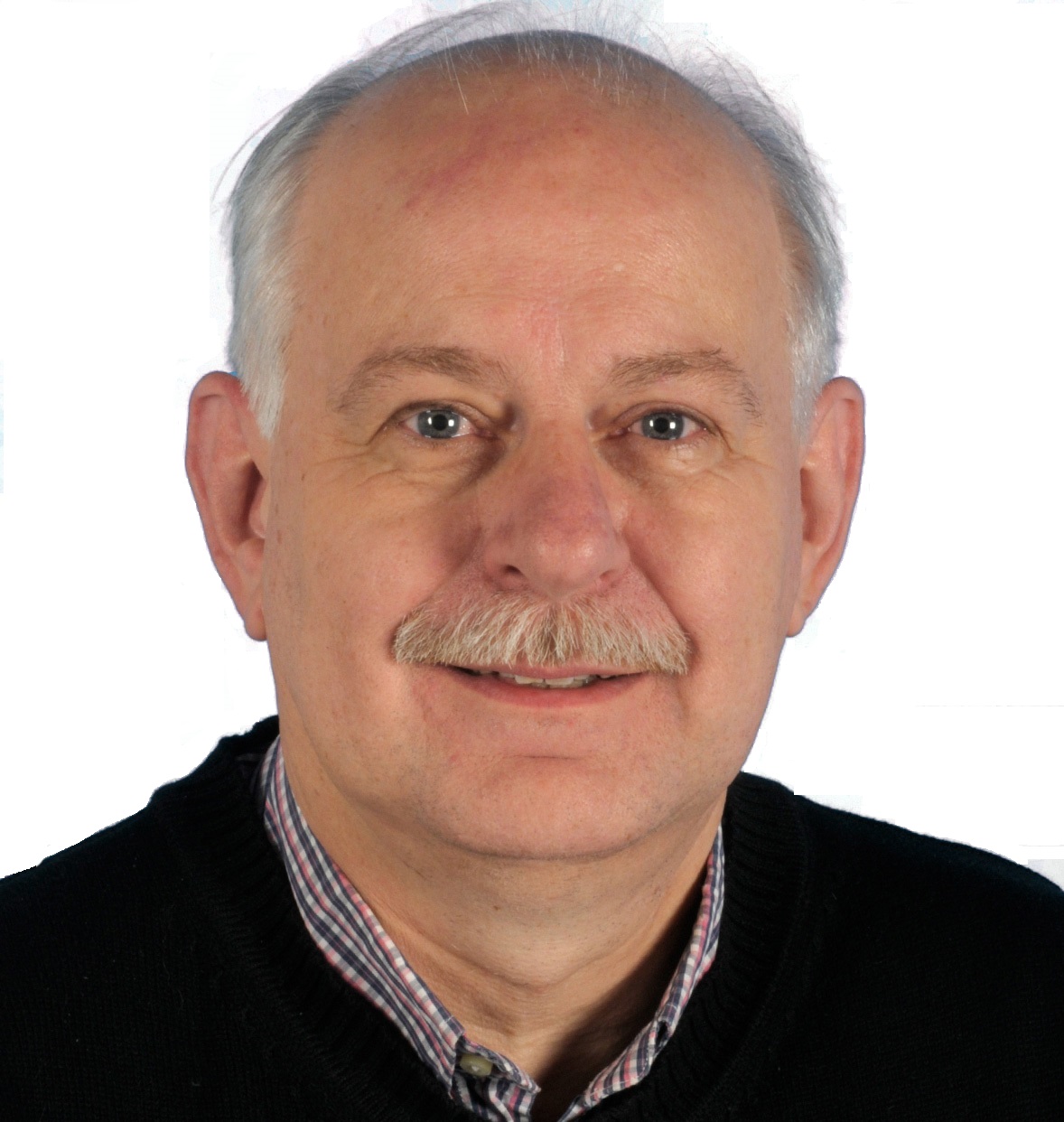 Ben Heijmen obtained his PhD in 1988 at the department of Molecular and Laser Physics at the University Nijmegen, The Netherlands and moved to Erasmus MC, in Rotherdam, where he was resident in medical physics in radiotherapy from 1988 to 1992. Since then he has been faculty member/medical physicist at the department of Radiation Oncology, working group leader of Erasmus Postgraduate School Molecular Medicine and head of division of Medical Physics (2006-2015). He has been full professor of Radiation Oncology Physics at the Erasmus University Rotterdam, since 2005. His current research projects are in the areas of automated treatment plan generation, computer optimization of (non-coplanar) beam angles, image-guided radiotherapy (IGRT), adaptive radiotherapy (ART), stereotactic body radiation therapy (SBRT) with the Cyberknife robotic treatment unit, proton therapy, and development of procedures and software for enhancement of patient safety, including electronic portal imaging (EPID) based in-vivo dosimetry. He has been very active at ESTRO as member of the Education Council of ESTRO since 2016, member of the ESTRO Physics Committee (2008-2019), teacher and director of different ESTRO Physics training courses, or member of the Editorial Board of “Radiotherapy and Oncology” (Green Journal). In 2017 he was awarded with the Emmanuel van der Schueren Award of ESTRO as “… a recognition of the excellence of your scientific work and of the enormous contribution you have made within ESTRO, in the field of education and in the promotion of radiation oncology as a discipline. 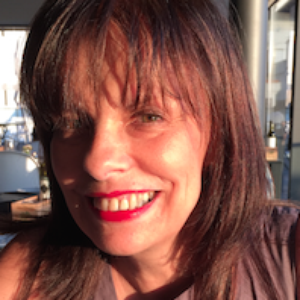 Bernardete Ribeiro is Full Professor  at University of Coimbra, where she teaches Programming, Pattern Recognition, Business Intelligence and other topics. She has a Ph.D. and Habilitation in Informatics Engineering, University of Coimbra. She is Director of the Center of Informatics and Systems of the University of Coimbra (CISUC).  Bernardete Ribeiro  is also President of the Portuguese Association of Pattern Recognition (APRP). Bernardete Ribeiro is a member of the Adaptive Computation Group of CISUC and she is Founder and Director of the Laboratory of Artificial Neural Networks (LARN) for more than 20 years.  Her research interests are in the areas of Machine Learning, Pattern Recognition, Financial Engineering, Text Classification, Signal Processing and their applications to a broad range of fields. She has coordinated and participated in several projects at national and international level  in a wide range of above application areas. 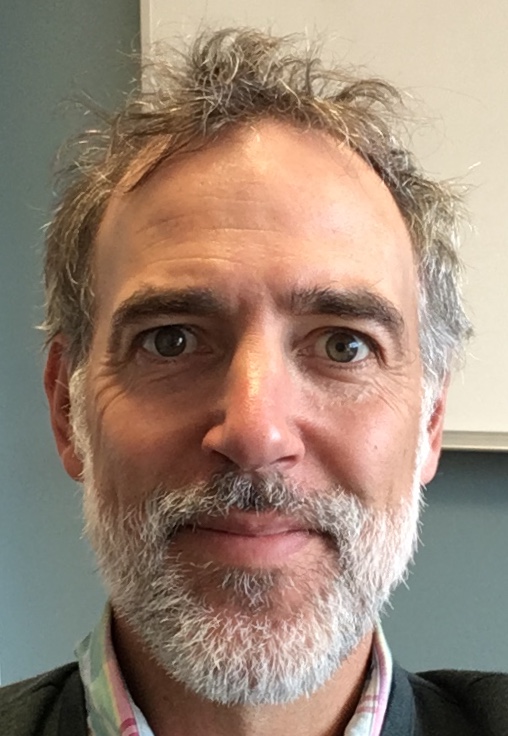 David Craft received his Ph.D. in Operations Research from MIT in 2004. Since then he has worked as a researcher at Massachusetts General Hospital. He broadly works in the area of optimizing cancer treatment. Specific projects over the years include multi-criteria radiation therapy optimization, volumetric modulated arc therapy (VMAT), prediction and machine learning of complex systems, cancer genomics, and immunotherapy. In his spare time he enjoys playing music, foraging for wild edible plants, and cycling. 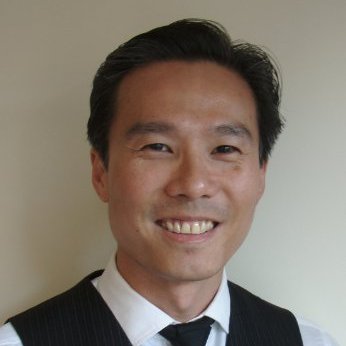 Leonard Wee obtained his PhD in 2003 at the University of Western Australia. From 2002 till 2010 he worked as medical physicist in the Royal Perth Hospital and in a private clinic. Afterwards he was linked to private companies as Accuray (2011) and Elekta for 2 years, where he was responsible for collaborative research partnerships. From 2013 to January 2017 he shared clinical and research experience in the United Kingdom (Birmingam) and Denmark (Vejle and Aarhus). From 2017 till present, he has been a full time postdoctoral researcher at the School of Oncology and Developmental Biology of Maastricht University & MAASTRO (Radiotherapy) Clinic, with responsibilities for research supervision, team leadership, project management, grant writing and cultivating collaborative networks for distributed learning on medical imaging and patient data. 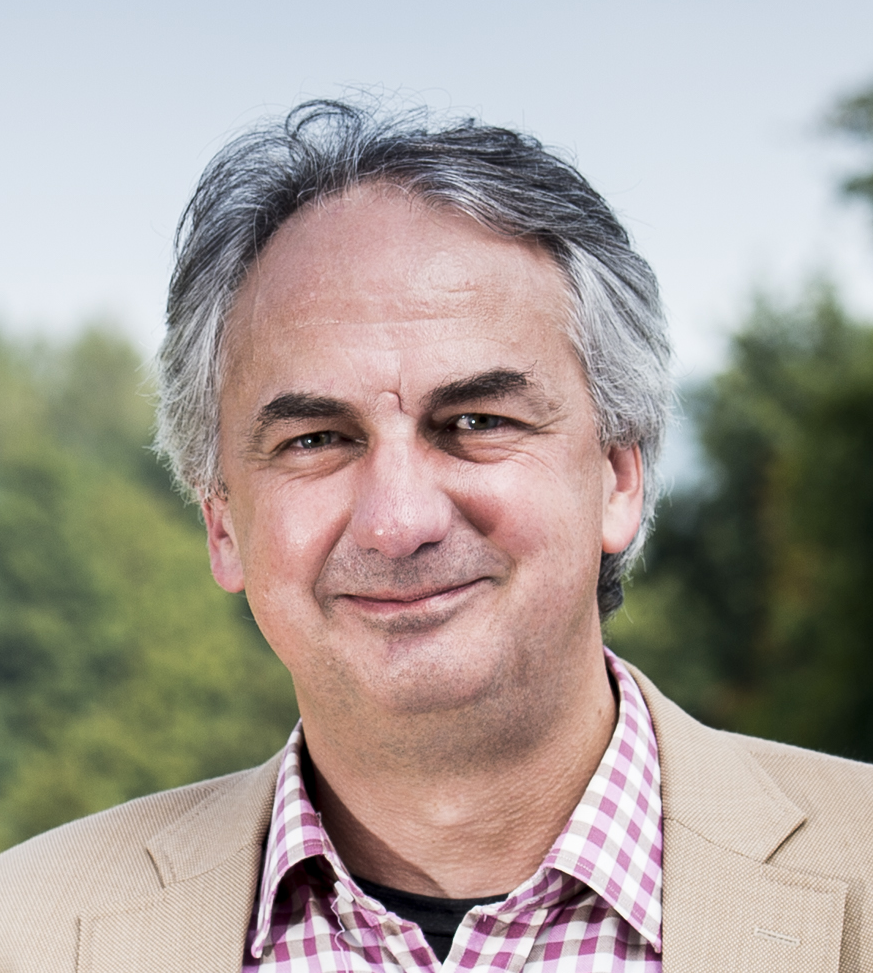 Matthias Ehrgott studied Mathematics, Economics and Computer Science at the University of Kaiserslautern in Germany where he obtained Masters (1992), PhD (1997) and Habilitation (2001) degrees. In 2000, he moved to the Department of Engineering Science at the University of Auckland, New Zealand, as a lecturer and became full Professor and Head of Department in 2011. Since 2013, he works at Lancaster University Management School. He served as Head of the Management Science Department from 2014-2017. Matthias’ research interest is in multi-objective optimisation, which he applies in a variety of areas such as medicine, transportation, and manufacturing. He has published about 100 journal papers, book chapters and proceedings contributions on theory, methodology, and applications of multi-objective optimisation. In addition, he has authored and edited about 30 books, proceedings volumes and special issues of journals on the topic. The book “Multicriteria Optimization” (Springer, 2005) is a standard monograph in the field. In total, his work has been cited more than 14,000 times (Google Scholar). He serves on the editorial board of several journals including Computers & OR and Journal of Global Optimization. Since 2002, he has been on the Executive Committee of the International Society on Multiple Criteria Decision Making, where he is president for the period 2019-2023. In 2011, he received the Edgeworth-Pareto award of that society. He organized the 19th International Conference on MCDM in 2008 and was on the programme committee of many other international conferences, including several MOPGP and MCDM meetings. 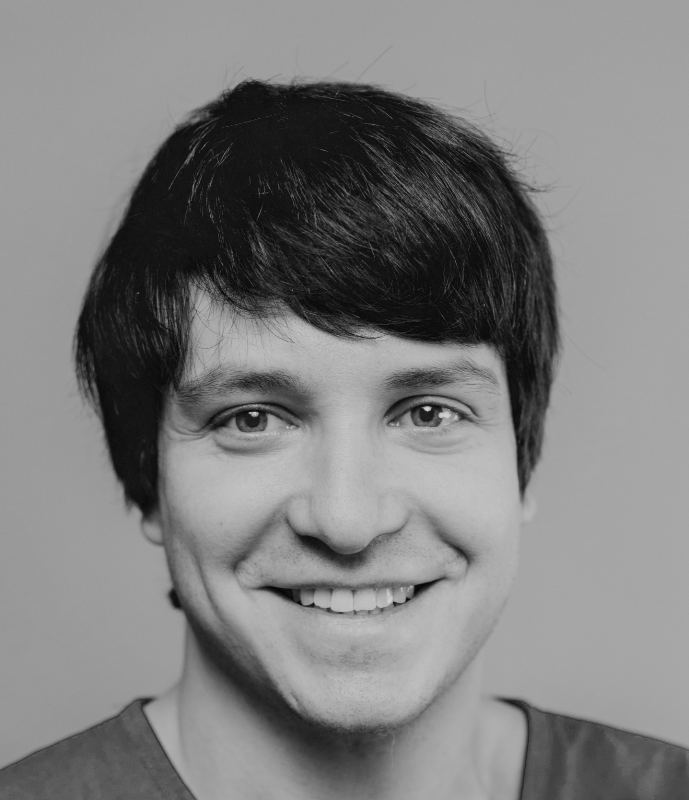 Stefan Leger is a postdoctoral research at the NCT Dresden. His research interests are in the field of medical image analysis and machine learning – ranging from machine learning models such as random forests to deep learning approaches. Currently, he develops prognostic/predictive models e.g. for the prediction of patient specific outcome such as overall survival for personalised cancer therapy. Stefan received his diploma degree from the University of Applied Science Dresden in 2011. In 2019 he successfully completed his doctorate and received his PhD from the Technische Universität Dresden under the guidance of Prof. Dr. Steffen Löck. His thesis was about "Radiomics risk modelling using machine learning algorithms for personalised radiation oncology”. 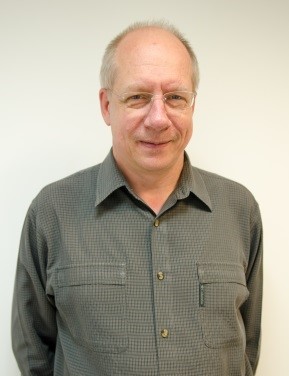 Uwe began his career in Theoretical Nuclear Physics, gaining his PhD at the University of Hanover in 1990 and then moving to TRIUMF, Canada's national laboratory for particle and nuclear physics. Here he worked as a Post Doc, initially with the Nuclear Theory group and then moved to the Batho Biomedical Facility as a Research Associate, looking at Proton & Pion Therapy . At this stage he transferred from Nuclear to Medical Physics.
In 1997 he returned to Germany to join DKFZ in Heidelberg as a Research Associate, where he became a group leader in 2001 and received a Professorship of Medical Radiation Physics from Heidelberg University in 2004. During 15 years in Heidelberg, his research was focused on Adaptive and image-guided radiation therapy, treatment planning and modelling and Hadron therapy.
He firmly believes that Medical physics research on cancer imaging and therapy is an essential component to improve the clinical outcomes of radiation oncology. He moved to the UK in 2013 to join the Institute of Cancer Research (ICR) and the Royal Marsden NHS Foundation Trust (RMH), a world leading comprehensive cancer centre which initiates the next generation of radiotherapy treatments, by combining the most recent developments in cancer biology, cancer therapeutics and medical physics in a truly interdisciplinary approach.
As Head of the Joint Department of Physics (ICR & RMH) Uwe is combining functional diagnostic imaging with new forms of image-guided radiation therapy to predict how tissues will react to radiotherapy treatment.